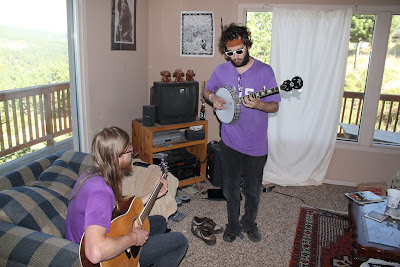 THE MOUNTAIN REGION, boys and girls.

Where air is thinner.

Where we had our first real "struggle" finding lodging. (Admittedly struggle is far too extreme of a word, but it WAS the first time that we had to really hussle to figure out where exactly we would lay our heads each night.)

Where gawdy weed dispenseries littered the roads, devoid of tact.


HERE'S A DETAILED TALE
(illustrating an aspect of the existential nature of a touring band's life on the road)
Our time in Colorado was quite interesting. It was the first place we visited where we had some truly STRESSFUL shit to deal with. Days that would probably lead to any other band getting INSANELY PISSED at each other... Yelling and fighting and what not.

Not BATTLEHOOCH, dear friends. We're a band of brothers.

(Audience member: "Hey, didn't ya'll get in a shouting match in a field in Oklahoma?"
Archaeology Johnson: "QUIET YOU! That's the NEXT Episode. We're talking about Colorado.")

Actually, it was basically just one particular day that was kinda rough. So here's how it went down and how we persevered:

We roll into Downtown Denver, totally jived from how well street performing went in the PacNW... we pick a chill looking spot and set up our gear. We start up our first song and then we are IMMEDIATELY SHUT DOWN. The culprits were a small gaggle of smarmy little "Hospitality Officers", who peruse Downtown Denver... keeping it "In Order". Apparently, "Order" did not entail "Electric BATTLEHOOCH Street Performing". "Electric" being the key word here.

Lots of options were presented and debated... and somehow the one that we decided upon was that Grant should go buy an $800 acoustic bass. Logical, correct?
So we returned to the same spot and then tried our first ever all acoustic street performance AND (drumrolllllllllllll)....

it BOMBED. So Ruggedly. Here is a picture taken from this show.... 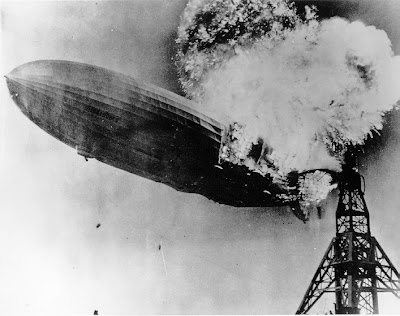 The cars passing by were just too loud for our instruments, it was wimpy sounding and worst of all the brand new Bass was totally inaudible if you weren't standing right next to it.
Defeated, we packed up. Then Ryan almost got arrested for being smart alecky with the cops.

So we regrouped and argued more and made lots of snarky, bitchy comments to each other. Tempers did get a little heated but we still didn't FIGHT.

(...also keep in mind, all we had eaten that day was some Cereal early in the morning. Grumpy boys, indeed.)

Once again, after all the ideas were presented, we made a logical decision on what to do.... We ended up deciding to drive 30 miles away and try to play for people in the parking lot of a Primus/Gogol Bordello show at the legendary RED ROCKS Amphitheater. 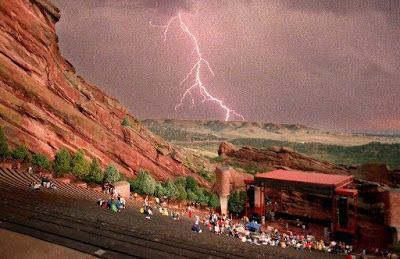 This gig, however, turned out to be a big success. We met lots of cool folks, people seemed to enjoy our music, and we made a little bit of money. General faith for the band was restored.

After all that, we drove back to Denver and then headed to our actual, official gig of the evening. In the car, we bro'd down pretty hard and everyone apologized for being irritable. The bro bond was strengthened. Or as my man Ari Gold says.....

As luck would have it, the venue we played that night gave us a delicious and free full on BBQ meal and free bowling. Very excellent.

SO THE MORAL TO THIS TALE:

When street performing, just about everything is uncertain - where to play? will we get caught? will anyone like us? should we play electric or acoustic? etc. The only thing that is certain is that perseverance will lead to success. When all was said and done, despite all the setbacks, we made some new friends, played our music in an amazing location and then got free Ribs. Sounds okay to me.

The rest of our time was much more delightful. We checked out Boulder, CO the following day and gave the acoustic street performing set up another go. This time we found a more ideal acoustical spot, far away from cars. We played two sets and ended up making about $300. No hassle from the FUZZ. (You could even hear the bass!) Someone even shot 30 seconds of video. (see above.) GOOD TIMES. We played a gig later that night at a Pizza joint. Free Pizza. Flamenco dancers. We played last of 3 acts and only 15-20 people were around when we played but funny enough, we sold merch to about 15-20 people.

BATTLEHOOCH. Gettin' across to ya.

And then we came down from the mountains and stumbled into Oklahoma... that LITERALLY is another Story that will have to wait.....

(P.S. - the lateness of this post is blamed on the fickle nature of YouTube uploads. that is all)

Posted by Battlehooch at 2:42 PM