(This certainly wasn't California... or anything close to the west coast, really.)

This was new, this was different. This was Oklahoma. And Oklahoma was where my conception of this whole damn country started to mutate.

Before the tour, I'd spent 99.9 (with a line over the last 9) PERCENT of my life in California. Day in day out in a place that as far as I could tell was heaven on earth and the most desirable place to be...

I mean, why be anywhere other than California? I wasn't necessarily HATING.... I just didn't understand.

California: The sunshine state, with the bomb-ass hemp beat. The State where you never find the dancefloor empty.

But there was something under the surface in OK (Oklahoma). Anyone there would tell you that everything was a little bit BEHIND... it's not the center of the world... not really EXCITING... and it doesn't necessarily explode with eccentric creativity (see NYC, Portland, SF, etc.). BUT BUT BUT BUT BUT... the people who live there (in OK) were great people.... interesting people... friendly people... open minded people... basically people that you would find in a stereotypically progressive city (see previous city list).

AND MOST IMPORTANTLY, most of the people I talked to loved OK.

I heard tales of going out to the shooting range and firing off some AK-47 rounds. Tales of cow tipping. Tales of crazy hippie freak outs in the woods of Missouri (!!!!). Tales of wild jam bands that live in the outskirts. And then I recalled that the Flaming Lips are from OK (The title of this blog is a direct quote from the resident "OK Super Hippie" (Johnny) talking about the infamous Lips front man).... Sounds like GOOD TIMES, Right?

... So a cursory glance at this mid-western institution would reveal it to be so very very boring. So very very up hip. So very very UN-noteworthy.... but such an assessment denies the fact that there's still wonderful, creative and interesting people that dwell within it's borders, having a blast and living a good life....

The core essence of this realization - THERE ARE GOOD PEOPLE EVERYWHERE - kept popping up in my brain constantly with every new town/state/scene we went into. This is a beautiful thing. Makes me love this country A LOT.

HERE IS THE VIDEO DOCUMENT OF OUR OK ADVENTURE:

WHAT ABOUT THAT ARGUMENT IN THE CORN FIELD?

What can I say? Some of us lost our tempers. We yelled. We got in each others faces. SHIT GOT UGLY. But at this point in the tour (As of this writing I am in the early stages of week 15) we have yet to have another blow up.

Yet, I think this little squabble that we had, while quite unpleasant, was necessary. I have never had people this UP IN MY GRILL before in my life. I literally spend every day with these guys. And not just every day, but pretty much the ENTIRE duration of each day, too. We wake up together, we eat together, we travel together, we unload/reload the van together, we play shows together, we even sit together when we're on our computers just chillin out. WE ARE CONSTANTLY IN EACH OTHERS FACES... thus we are aware of each others little delightful quirks, eccentricities and randomness.

And that's what I think our little fight in the corn field was all about... trying to figure out how to deal when you have no personal space and when your mental state (or really just ones GENERAL state of being) is directly tied to another person (or persons). Its like we're a creature with 6 personalities inside of 1 head. If one personality is angry or bummed... it's hard not to have it effect the other personalities in a negative way. I personally got to a point where I was letting another persons mentality totally dictate the way that I was feeling and that ain't healthy at all. (Fuck, we're getting into some DR. PHIL Shit right here. Maybe we can get Dr. Phil to be our personal band psychiatrist, just like METALLICA!!!!!) 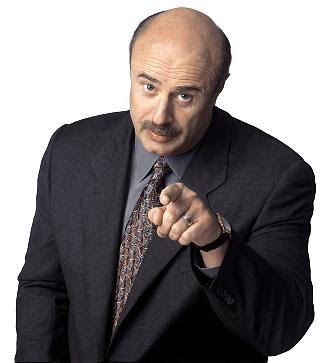 ... but thus is the nature of this whole adventure. Learning and discovering with my brothers. Going out into the deep end... doing what is hard in order to achieve something MORE...

But it's all good now, friends. Whatever ugliness that may have occurred is but a small smidgen in an ocean of good times. We may be in each others grills, but we know how to work together.

Basically what I'm trying to say IS....

PEACE.
Posted by Battlehooch at 1:39 PM