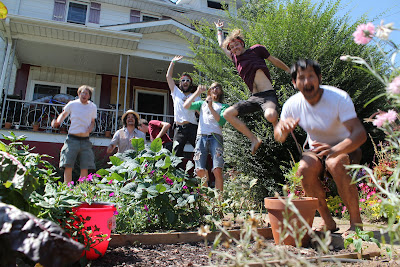 Part 2
(Thesis)
What you will learn about is the following: Reality.

Yes, we toured for 4 months. Yes, it was the most fun I've ever had in my life. Yes, we met some incredible people/bands. Yes, there was something enjoyable every where we went...

(Here's where Reality creeps in...)

Life on the road during this trip was not one glorious sequence of huge victories. Before we reached New York we had a roughly 2 week stretch of shows/driving that literally zig-zaged (spell check didn't like that last word) across the heartland of America. These weeks were more trying than previous weeks, which had seen an abundance of memorable shows, insanely good times and steady financial standings. Which brings us to THE SPRAWL: The place where skin was thickened and dues were paid.

THE SPRAWL is the land of HUGE churches. Sarah Palin voters. Midwestern Kindness. Vast oceans of wheat. The sweetest corn I've ever eaten. Salt of the Earth. REAL America. Drawls. Drawls in the Sprawl. (Space all around me where my soul can breathe.)

Each day the drives were enormous... something like 8-9 hours on average (cue the sound of violins playing tragic music). We were rapidly arriving/leaving from brand new places at a disorienting rate. In some cities, we only spent 4 or 5 hours in it before we hit the road. It was hard to wrap my head around the fact that each place was a unique entity, with it's own vibe and personality. More so than almost any other stretch of the tour, our time in THE SPRAWL felt the most like a dream. 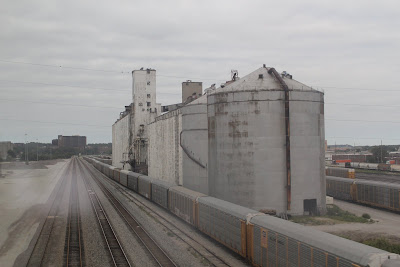 When you're an up and coming band booking your own shows in new towns, it's inevitable that there will be some bummer shows. (FACT OF LIFE). More specifically: sparsely attended shows with bands that we don't really enjoy that much (Don't worry THE MATT DAMON EXPERIENCE, I'm not talking about you guys. Ya'll are boss in my book). These shows get ya down but like I said, its part of the gig... part of payin' DUES. However, when shows like this start to become more common, it gets harder and harder to remain cheerful and keep the cynicism at bay. This started to (kinda) happen during our time in THE SPRAWL.

One starts thinking about THE BIG PICTURE. One starts to compare the amount of time and effort expended with the net result of what they get back and it often seems wildly lop sided. You suddenly realize that you're miles and miles from home, eating poorly, sleeping poorly.... and you don't even know what CITY you're in. (Bring back the sad violin music, please). It can also get pretty strange because we're constantly playing the same songs over and over again. You know how if you have to write a word over and over again it starts to just look like gibberish after a while...... 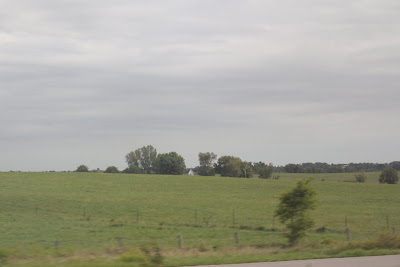 Now, lets be clear... I'm not saying THE SPRAWL is a bad place and I'm not saying that all our shows in THE SPRAWL sucked. We had amazing shows (Holla Chicago! Newport! Detroit!), met wonderful peeps (Brendasaurus Rex! Another shout out to The Matt Damon Experience!) and we are hugely grateful for the hard work of our booking agent Kim Paris. She did an awesome job helping us with our tour and we know booking shows is seriously BRUTAL. We love her and are thankful for all her hard work.

The way I see it, these Blog posts are meant to sort of help tell the story of the Desolation Tour Experience. (RIGHT?) Therefore, the bleak and trying times must be represented as much as the fun and silly times. Driving those huge distances, having bunk shows.... it really gave me a sense of how mammoth the task is that we're embarking on.

BATTLEHOOCH VS. THE WORLD!!!!!
We're trying to operate on a national level and on this tour I really got a taste of what doing such a thing really MEANT. Our country is huge! So many different kinds of people! So many different kinds of philosophies! So many unknowns! Nowhere else was this concept more vividly experience than during our time in THE SPRAWL. This was a crucial part of the overall Desolation Tour experience because this was essentially what the whole tour was about.... seeing the WHOLE country and seeing what happens when BATTLEHOOCH dives into it's center.

Even just thinking/talking about THE SPRAWL I feel like I'm getting overwhelmed. Trying to keep my head above water. It's so big... (SOOOO BIIIIG) There's so much space between thoughts... between people... and somehow we have to figure out how to tell THE SPRAWL about BATTLEHOOCH.

I think in the end all I can say about my time in THE SPRAWL on this tour... much like the tour itself... it was utterly dizzying and it's grandeur and scope was almost too much for me to fully take in...

...but I'm intrigued. It would be easy to just write it off and look at the negatives. ("It is kinda boring, barren and backwoods", says the hater) It would be easy to just say "FUCK THE SPRAWL". But that would be a disservice to all the wonderful peeps that dwell in SPRAWL (and love living in the SPRAWL!) The SPRAWL is too big and unexplored to write off at this point. As weird as it may seem, THE SPRAWL is still part of America... and from what I've seen America is a pretty groovy place and worth giving the benefit of the doubt.

We're going back into THE SPRAWL in the near future... when we know how to maximize the effectiveness of our time spent there... and I look forward to exploring it more and trying to connect with it further.