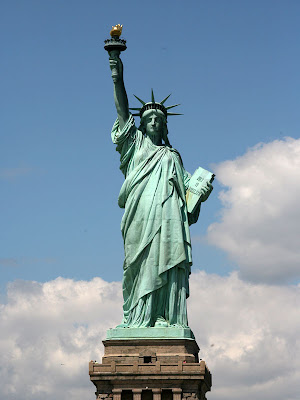 I really don't know what to say.

What else is there to say about New York that hasn't been said in countless books, movies, songs, albums, poems, ETC. ("E! T! C!" - D. Boon/The Minutemen)

It's the (THE!) American City.

LITERALLY NEVER SLEEPING! (I really thought it was hilarious how New Yorkers complained about how they hated people that stood on the sidewalks... even for like 5 seconds, PEOPLE SHOULD BE MOVING CONSTANTLY!!!!!!!!!!)

NYC was a big part of our tour.
At least 1/4th of the whole adventure.
We used it as home base for 6 weeks.
We LIVED in New York basically. 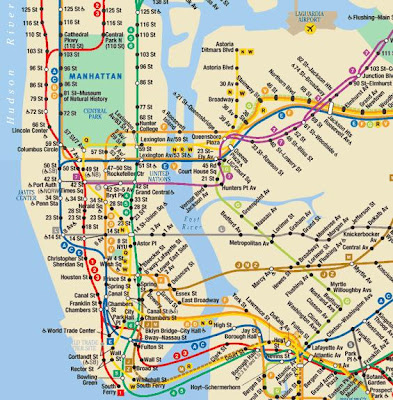 It was a madcap adventure.... full of dizzying highs and trying lows....
but most of all it was just simply an astounding adventure. So many things happened in those 6 weeks, I could ramble for days and days... pages and pages... hours and hours... and still leave out noteworthy things that happened.

How could I even TRY to convey what it felt like to go to that city for the first time and REALLY experience it and LIVE in it.... The thrill of seeing Time Square in ACTION.... The frustration of dragging our gear through the subway system (that includes our battery bank which is the heaviest thing ever)... the elation of our Astor Place gigs (dig some of those videos, yo... it was heavy!)... the nerdy pleasure of walking past Kyp Mallone (the beardy dude) from TV on the Radio like it AINT NO THANG.

I think that in this situation, it might be best to let the vlogs and the videos speak for themselves. And dear friends we got A LOT of footage while in New York. The sheer amount of footage that we amassed in New York alone was staggering.... sifting through it all was a daunting task. Dizzying. Just like the experience itself. But I do feel that even if I can't express the FULL scope of our New York experience with the following videos, I do feel like one does get a sense of what it felt like for our band to be husling in the city... looking for fortune and glory!


.... even when I was there, I had trouble communicating/understanding what it felt like for me personally to be in New York... the city was/is just PULSATING with energy... constantly bustling.... living and breathing and expanding....

And here I am, in a coffee shop at the corner of 21st and Bryant in San Francisco.... been home for months... and I feel like I'm still reeling from my time in New York... still processing it.... making sense of it... and ACHING to get back as soon as I possibly can.

(NEW YORK, I LOVE YOU BUT YOU'RE BLOWING MY MIND.)

A DETOUR TO BOSTON, MASS
Our original plan was to tour all over the East Coast and use New York as home base. However, for various reasons (weather, booking SNAFUs, etc.) we never managed to really get out of the city that much. Besides a quick trip up to Danbury, CT (birth place of CHARLES F&$#$# IVES - father of America composition!) early on in our stay, we only managed to successfully get away from New York for one gig in Boston.... Jamaica Plains to be more specific.

Anywho, we played a house party that was TOTALLY ludicrous. We played in a tiny, sweaty room and everyone in the audience THREW DOWN HARD. In fact it was so rowdy at one point that the people who lived at the house had to stop the show to ask people to stop jumping up and down. They were afraid that we were gonna rock the house down. BOOM! That video is down below and I think it might be my favorite live video of us every filmed. I'll never forget that night, fo sho.

We also had a rather enjoyable time street performing at Boston Common as well.

We didn't get a chance to sample Boston's INFAMOUS clam chowder, though.

Battlehooch live in Boston from Angelina on Vimeo.