WHAT A LIFE I LEAD IN THE SUMMER! 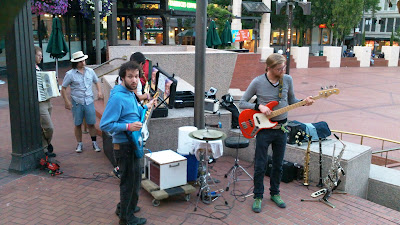 There once was a band called Maus Haus. (was? is? was? is? DEFINITELY is. Love those dudes.)

This band wrote a really nice song called "We Used Technology (but Technology Let Us Down)".

I can relate to this song.

My computer had an epileptic fit and swallowed its tongue... Started yelling something about folders full of question marks.

It was mildly distressing. (understatement, yo)

So for the past week I had a FUCKED computer and thus my abilities to blog, make videos, make songs, etc. was basically totally compromised. THUS, 2 weeks without new blog stuff.

I took my computer into the good people at the Apple Store in Pioneer Square in lovely Portland, OR. The girl who checked me in got a kick out of my headband and lucky feather. ANYWHO. Not only did the GENIUSES fix my computer.... but the GENIUSES did it for FREE.

When I found out it cost NOTHING, I clicked my heals together and then went and played a very loud E major chord (in root position) on a piano.

So I am currently writing this blog entry on my own computer.....

...Inside a Yurt. A REAL, HONEST TO GOD YURT, yo. (We are currently at the Solar Living Institute kinda near Santa Rosa, CA. Yurts and Teepees ABOUND!)

Even though my computer died, we still filmed TONS and TONS and TONS of footage from the past couple weeks and we're gonna be putting it up over the next couple days. As I had mentioned in previous blog posts (here), we were doing a KICKSTARTER project to raise money to get the band some snazzy new cameras. Well good friends, we met our goal and then some! Now, pretty much everyone in the band has a camera/video device and we are trying to capture the seemingly never ending barrage of crazy wonder that surrounds us on tour. 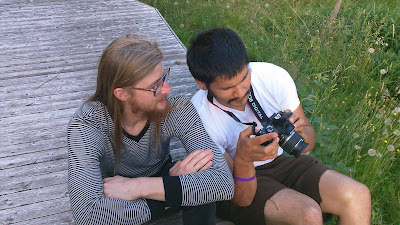 (This is by far the most thoroughly documented adventure/tour for the band yet)
Seriously so excited to post some of the videos we're gonna post (...can you say "Human Ram: Lite Rock style in a small town restaurant"? Believe it, it happened. We have proof.)

But first here's all the videos (so far) that have been made by new friends we've met on tour. (Maybe you saw em on the ol' BOOKFACE)

The first video we're showing off actually just got posted today, and it's of us doing Human Ram/Somersaults at the Saturday Market in Portland, OR.

(BACK STORY: while staying in Portland, we attempted to street perform at the Alberta Street Fair. We played for about 35 minutes or something before a crew of break dancers, set up shot RIGHT NEXT TO US, turned on their loud ass P.A. system and drowned us out and completely stole our crowd. Needless to say we were bummed. A few days later, we bumped into the same crew when we went down to the Saturday Market to play. But we learned our lesson before and this time we rolled out our FULL ELECTRIC SET UP.

They HAD a crowd, but after two songs by us, their crowd became our crowd.

We leveled them. Sweet Revenge, yo. So Sweet.)

The next video is a little mini montage that a friendly chap made from one of our sets we did outside of the Capitol Hill Block Party in Seattle, Washington.

...and last, here's another video of us playing outside of the Capitol Hill Block Party, doing our new Sly and the Family Stone cover, "Stand".

BUT THAT'S NOT ALL. Here's some pictures of various Piecechows we've seen on the road.

WE SEE A LOT OF PIECECHOWS ON THE ROAD, boys and girls. 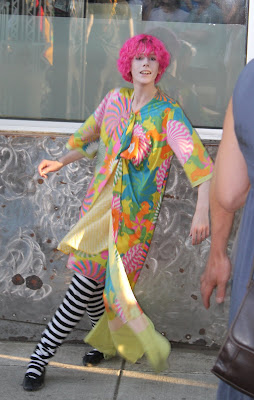 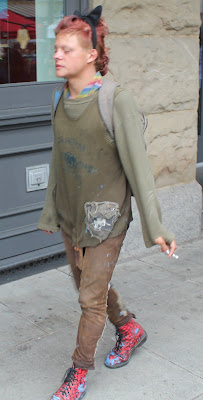 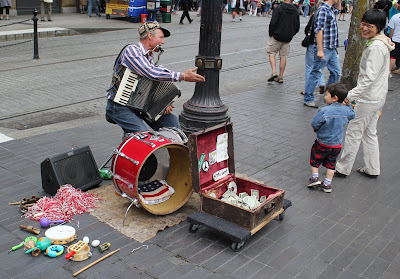 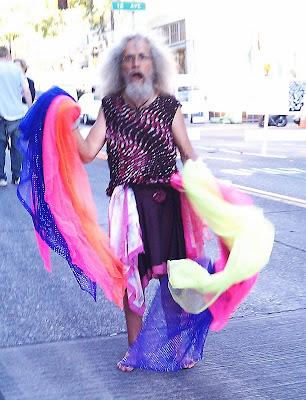 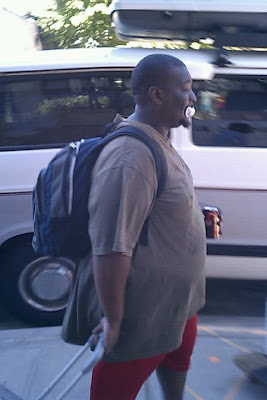 MANY MORE TO COME! 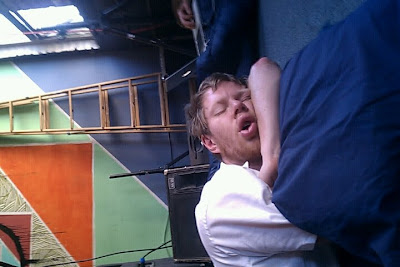 Alright, now time to get cracking on putting together some videos. See ya in a bit. 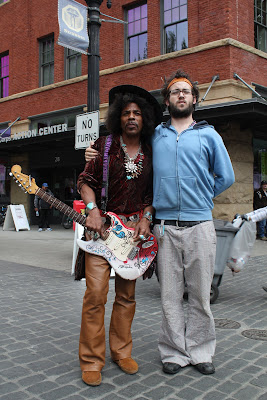 Posted by Battlehooch at 9:11 PM